I did a double-take walking down the passage between the Tramlink and Dorset Road in SW19 the other day. There used to be a metal barrier at the end of the passage which was designed to stop cyclists from colliding with pedestrians (see below). 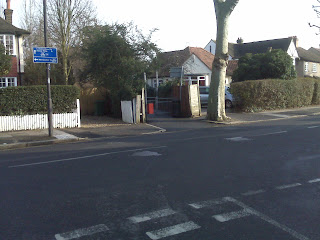 The barrier likely caused as much conflict as it prevented, by forcing cyclists and pedestrians into a narrow gap and setting cyclists up at the wrong angle as they emerge from the path to be able to see pedestrians on the Dorset Road pavement. Anyway - the barrier's gone! And it's not been replaced with anything. On the photo below you can just see two or three patches of tarmac which mark its grave. 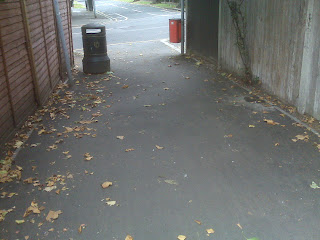 I hate to be a cynic, but I have a nasty feeling that something worse will take its place. I do hope Merton Council prove me wrong. (There's a first time for everything.)
at 2:24 PM