Merton Council have recently been tinkering around with the cycle lanes on Green Lane, and they've made a dog's breakfast of it.

Turn left from London Road into Green Lane, and the first hazard you encounter is this: 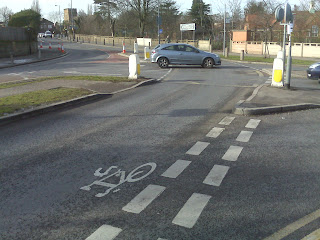 There's a large concrete island in the middle of the road that makes the road so narrow that you can see the painted bike has been worn away by the passage of cars. Maybe that's a warning to would-be cyclists? Probably, because next you have this: 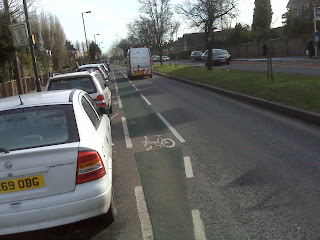 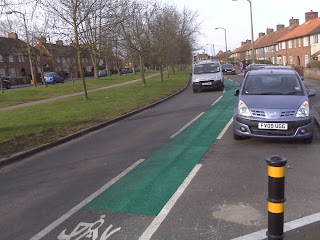 Nope. Same narrow lane, same lack of door zone, different van but just as close...but look in the middle of the road at that vast expanse of grass verge, with a path down the middle: 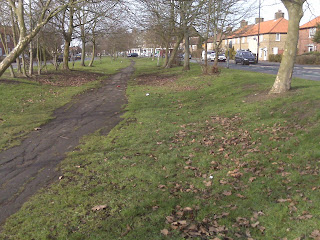 and looking the other way: 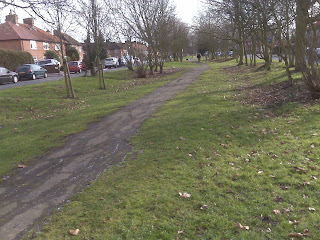 Now usually the excuse for crap cycle lanes is there's not enough space. They can't get away with that one here. There is acres of space - literally! Merton Council could have done any one of a number of things. They could have moved the car parking out into the road and created a split-use pavement with a cycle lane. They could have created a cycle path in the central green area. But why do that when you can create something crap and dangerous that no-one should have to cycle on. And pretend that you've created a world-class cycling facility. No wonder you don't see a single bike in any of those photos.
at 1:42 PM