The last in a 3-part series covering the route of CSH8 before it's turned into a Cycle Superhighway, this piece covers the route starting from the end of Chelsea Bridge to the end at the Lambeth Bridge roundabout. 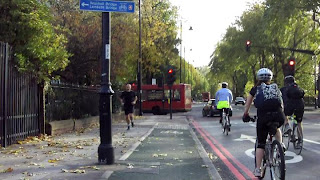 Above, we've got 4 lanes of traffic on Grosvenor road, between Chelsea Bridge and the Lupus Street junction. There's a short stretch of segregated cycle lane on the pavement here. 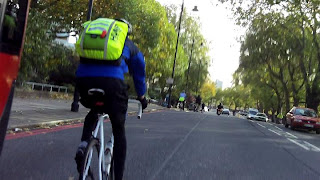 Above: Grosvenor Road continues. Plenty of room for a wide cycle lane here. 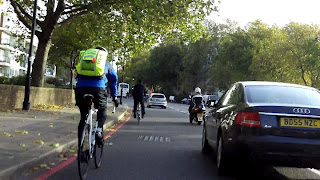 Above: Grosvenor Road gets a bit narrower, but still plenty of room. 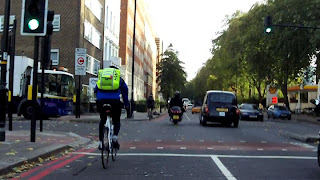 Above: At the junction with Claverton Street, Grosvenor Road goes into 2 lane configuration eastbound. It's still fairly wide, but it will be a squeeze to get a mandatory lane in without sacrificing a general traffic lane. 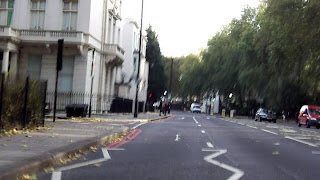 Above: Grosvenor Road near Dolphin Square. 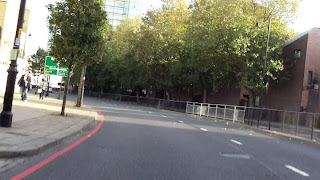 Above: Grosvenor Road widens on the approach to Vauxhall Cross. Plenty plenty room. 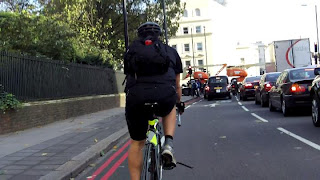 Above: Vauxhall Cross. 4 lanes wide eastbound. The leftmost lane can turn left. This will be a challenge because there are real safety issues with the current layout. 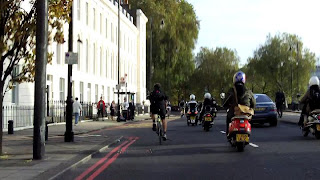 Above: Millbank at Ponsonby Place. Wide enough I think for a decent blue lane.


It's unclear whether the CSH will quit at the Lambeth Bridge roundabout. Like all gyratories it's a clear danger for cyclists.

Once you're past that roundabout, however, you will be on your own just when the traffic starts to get stupidly busy. There's a reasonable amount of room as you approach the Palace of Westminster, but it's wasted on a central hatched area, although this at least makes for reasonably safe overtaking: 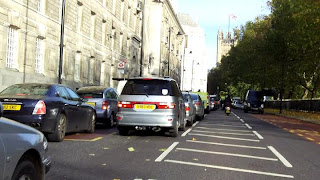 But then all the spare space goes and you have this sort of thing (below): 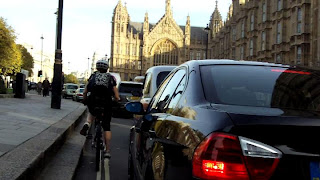 Then you're into Parliament Square which is a total free-for-all. It's not that dangerous when it's as choked with traffic as it was on this day (below): 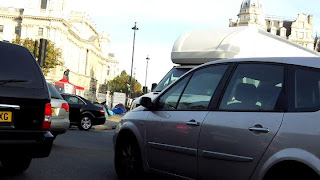 In summary, this section of CSH8 presents a few challenges, notably Vauxhall Cross, but mostly it's wide roads with enough room for a mandatory cycle lane of decent width. Note also that the roads were actually very quiet until I got to Millbank. It's a shame the CSH ends just when the going gets tough. TfL claim that journeys diverge too much in central London to make it worth continuing, but I don't buy that. It's pretty obvious that a lot of people on this route will be continuing east, to the West End and City. TfL are fighting shy and afraid to make the tough choices which are necessary if cycling is to broaden its appeal beyond a small number of fearless hard-core cyclists.Bear in mind that cycles make up a good percentage of traffic on these major routes even now. TfL claim to be in favour of balancing the transport modes (at least when they can use it as an excuse for favouring motor traffic on the cycle superhighways). They need to re-set the balance so that cycles get a fair share of road space and fair consideration of safety proportionate to the numbers of cyclists on dangerous  road systems like the Parliament Square area.
at 7:20 AM